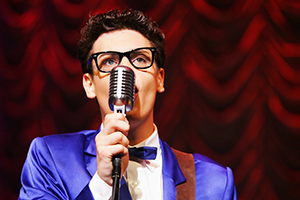 Deck the Halls with BUDDY HOLLY and celebrate all that is Christmas with an incredible collection of Christmas favourites performed by Scott “Buddy” Cameron and his band. 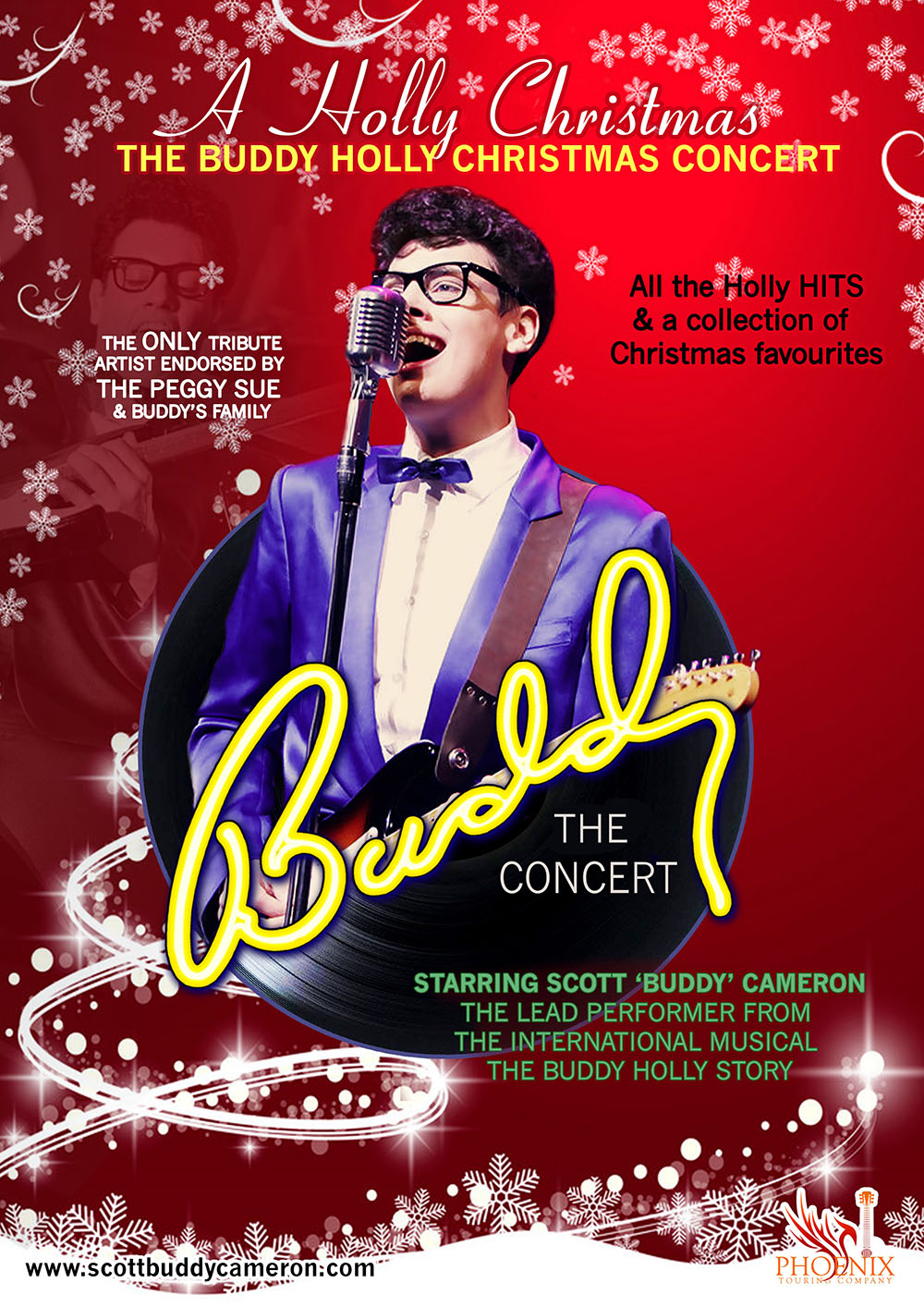 Deck the Halls with BUDDY HOLLY and celebrate all that is Christmas with an incredible collection of Christmas favourites performed by Scott “Buddy” Cameron and his band.

Hear the Christmas classics: ‘Santa Clause Is Coming To Town’, ‘Jingle Bells Rock’, ‘Blue Christmas’, ‘Little Drummer Boy’ as well as some Buddy Holly rock ‘n’ roll classics like ‘Peggy Sue’, ‘Rave On’, ‘Oh Boy’ and ‘It’s So Easy’.  It’s a show that has had outstanding reviews everywhere its toured, full of energy and vitality, along with blindingly accurate and faithful recreations of the hits, as you remember hearing them.

Donning Holly’s trademark horn-rimmed glasses, his ever so engaging and charismatic figure and a lilting vocal hiccup is Scott Cameron as he returns to the role that made him famous. Scott "Buddy" Cameron - as he became known – was a childhood guitar prodigy in Australia sharing stages with Tommy & Phil Emmanuel, Slim Dusty, Jade Hurley, Glen Shorrock, Ross Wilson, Keith Urban, Doug Parkinson & Brian Cadd. In 2004 however he found his calling answering an audition call for the Buddy Holly Story musical. His uncanny look, eerily similar voice and guitar prowess, transformed Scott to become the single most recognised Buddy Holly performer in the world! Receiving the support of Buddy Holly's family and friends including The Peggy Sue, Holly’s Widow Maria Elena and Bob Montgomery (who wrote with Buddy and penned the song Heartbeat). Scott had a remarkable run of rave reviews for his portrayal of Holly in the lead role of the International musical Buddy: The Buddy Holly Story in productions staged from 2005 through to 2009. The musical took Scott all over the world including London’s West End. Australian audiences last had the musical in 2009 which played for over a year and toured to Sydney, Brisbane, Melbourne & Adelaide even receiving a Civil reception from the City of Adelaide.

In 15 years Scott has performed as Holly over 2000 times, sold more than 1 million tickets, broken 5 pairs of glasses and knee slid through countless pairs of paints. Scott was also the international lead in Memories Of Buddy Holly, The Class of 59, Elvis meets Buddy, Buddy & Roy and several other touring productions and has even appeared as Holly on film in America.
Scott is joined on stage by a 3-piece band including some of the finest Australian and international players.

This is a free event provided by Burdekin Shire Council