Long weekend given green light for the Burdekin 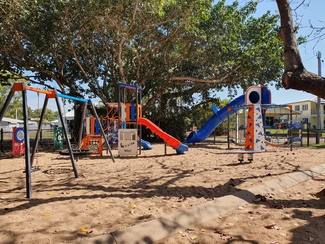 The Burdekin Show public holiday has been moved to Friday 14 August following strong community support for a long weekend.

The Burdekin Show public holiday has been moved to Friday 14 August following strong community support for a long weekend.

The public holiday, originally gazetted for Wednesday 24 June, will be shifted following the cancellation of the Show and correspondence from State government advising of an opportunity for Councils to change their show holidays to Friday 14 August.

Burdekin Shire Council Mayor Lyn McLaughlin said that while residents would have to wait a little longer for the public holiday, the option to enjoy a long weekend appealed to everyone.

“Council received notification from Queensland Minister for Education and Industrial Relations Grace Grace MP that, as the Brisbane Ekka public holiday had been moved to Friday 14 August, other local government areas were invited to shift their holiday to the same date in order to provide residents with a long weekend and the opportunity to enjoy attractions statewide,” Cr McLaughlin said.

“While I am sure everyone would love a day off no matter when it is, Council opened the discussion up to the community for feedback and the response was overwhelming. 95 per cent of those who responded preferred the public holiday to be shifted to August 14.

“This is a fantastic opportunity for our schools to squeeze in one extra day of teaching prior to the July holidays, and will allow all residents to support the Queensland tourism operators who are beginning to get back on their feet with a weekend away in August.”

The Burdekin Show public holiday will be held on Friday 14 August – schools and businesses will operate as usual on Wednesday 24 June unless advertised otherwise.